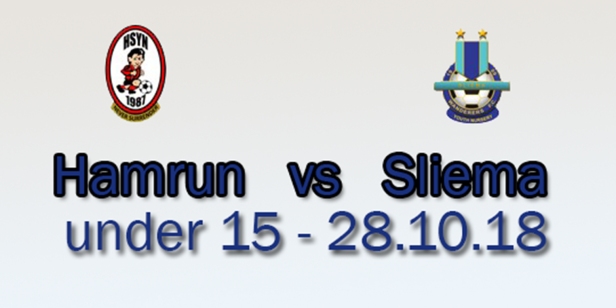 The Ħamrun youngsters deserved the verdict as they were the better outfit by creating more occasions than Sliema who were rarely in the game.

The early pressure came from Ħamrun. Zak Barbara released Shaisen Attard on the right flank and after entering the area the ball was cleared to a corner on the right flank which was well-taken by Barbara as the ball missed the far post from his in-swinger.

Bjorn Buhagiar served Attard in the area and Sliema keeper Muhab Al Matroud foiled him with a timely sortie and did likewise minutes later after a similar move.

In the 10th minute, Ħamrun opened the score when they won a corner kick on the left flank and after Barbara’s high cross in the area Jake Borg scored with a header.

In the first action by Sliema Julian Pullicino pounced on a defensive indecision and after entering the area Ħamrun keeper Xavier Portelli was able to save his feeble shot.

Ħamrun doubled their lead in the 18th minute when Attard served Barbara with a square pass just outside the area and he scored with a hard rising shot. The pressure from Ħamrun resumed as they created three more actions before the halftime whistle.

The score became 3-0 in the 44th minute. Sven Xerri released Ensell Attard on the right flank and a defender cleared the ball to a corner following his cross, the flag kick was taken by Barbara and after the ball was partly cleared outside the area Buhagiar scored with a hard rising shot from the rebound.

The pressure resumed. A Demanuele corner kick was cleared away with difficulty and Demanuele then released Abdilla on the left edge of the area and the ball missed the upright from his hard drive.

In the 62nd minute Sliema reduced the gap when substitute Aaron Alfredo Doda received the ball from a right flank cross and scored with a low drive after entering the area to make it 1-3 and hardly a minute later the score became 4-1 when Sliema player Aboumehdi Bugeja handled the ball just outside the area and Demanuele netted with a hard low drive from the free kick. In the last action before the end, Demanuele served Shaisen Attard in the area and a defender cleared the ball to a corner.